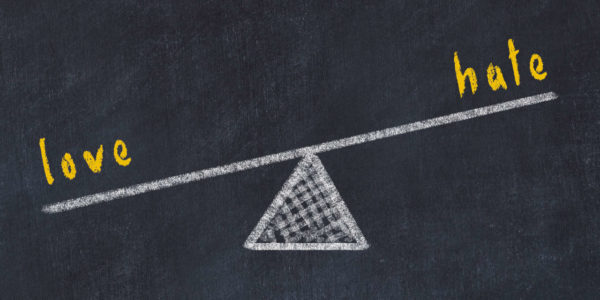 Name four things you absolutely hate about your CRM.

I know, where to start, right?

Because, for all the cool stuff they claim to do, most CRMs just don’t deliver. Rigid formats, lack of data consistency, complicated to use, and a pain to update are a few answers you’d likely get if you asked a user what they hate about their CRMs, especially in the senior living industry. Until someone decided to listen.

WelcomeHome Software is a new player in the senior living CRM space. It’s been less than a year since launching, and their platform is now in use by 100 communities. They attribute much of their success to listening to folks like you before writing a single line of code. The result is a CRM built from the ground up for senior living operators.

Read about 4 key ways to get sales and marketing to work more harmoniously to drive stronger results.

I spoke recently with WelcomeHome’s co-founders, John Lariccia and Ryan Winograd. John spent a decade consulting with a wide variety of senior living operators. “From the beginning, I was impressed with how mission-focused and caring the operators were,” he tells me. “But, I was frustrated by how technology wasn’t helping them. I’d see folks selling cruises with better tools.” So, he and Ryan started to do what great sales teams do — ask questions and listen.

The input came fast and furious. John and Ryan started making a list of issues that needed to be solved. Here are some you might recognize.

Every single operator, from the executive suite to the community, mentioned the pain of learning how to use their CRMs. One shared, “We were one year into implementation and only half my team was using it. I don’t think any community was using all of the functionality that originally had ‘wowed’ me. Just too hard to use.”

WelcomeHome knew that the user interface and user experience had to be top priorities. That meant that, despite the sophistication on the back end, they had to make it, as Ryan says, “incredibly easy and intuitive to use” on the front end. “We also created a Virtual Sales Assistant that would do routine tasks for the Sales Director,” Ryan says. That has freed up significant time for users. And, it appears to be working. John and Ryan report that the average community is saving 6 hours each week!

A second common complaint was about the rigidity of the CRM systems. “Our sales approach was dictated by the CRM, not the other way around,” as one operator put it. What seemed like small things, such as adding and tracking new close reasons, became a headache. “We have to wait months for our CRM provider to make code changes and they act like we are bothering them.”

WelcomeHome responded with a CRM that allows for customization of virtually every field, easily managed by the user. No coding needed.

For sales managers and community owners, one of the loudest complaints related to bad, incomplete, or inconsistent data. As one manager put it, “It creates so many problems. Your reporting has to be double and triple checked. You accept A Place For Mom leads that we already have. You have referrers that work in the same hospital, but you don’t know that because one is listed as St. Thomas, one is Saint Thomas, and one is listed as St. Thomas Hospital. It’s maddening!”

A Hassle to Keep Updated

Finally, they heard, “We create standard marketing material or training but it’s hard to make sure people are using it or can even find it when they need it.”

WelcomeHome responded by creating a Knowledge Center, which stores all the latest marketing, training, and promotional material. “Sales directors don’t need to leave the CRM,” Ryan says. “Everything is at the ready. They can send emails, make calls, send texts, schedule meetings, do videoconferences, and find every document they need.”

Listening apparently pays off. John and Ryan tell me that operators are switching to WelcomeHome, users are fully adopting it in less than a month, and conversion rates are improving. But, for John and Ryan, there is always more to do.

“We don’t just want to address current pain points. We want users to ‘love’ their CRM,” John says. Asking too much? He doesn’t think so.